For more than 30 years, Leadership Montgomery has connected its network with the best-in-class speakers and presenters who are experts in their field. For the LEAD Forum, we are excited to feature inspirational and engaging speakers who will energize forum attendees and prepare them to turn leadership into action. 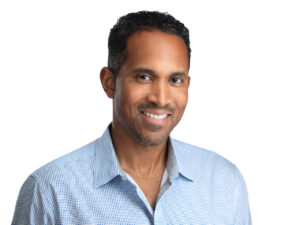 Gregory Coleman is the CEO and Co-Founder of Nexercise, Inc., the creators of the popular Sworkit digital fitness platform. Sworkit provides personalized, convenient, and efficient workouts to any screen anywhere and is the leading platform for delivering dynamic exercise content for any need, including those of employers, schools, kids, seniors, and physical therapists.

Greg has more than 25 years of leadership experience in the public and private sectors and led Sworkit from concept to a market leader in the digital fitness industry. His company was identified as one of, “2017’s 10 Most Innovative Fitness Companies” by Fast Company and has been featured in ABC’s Shark Tank, CNN’s Tech for Good, The Wall Street Journal, and over a hundred other publications and channels across health, fitness, business, and lifestyle.

Greg is also a Principal at National Security Innovation Capital (NSIC), the Defense Department’s Venture Capital arm. In this role, he leads the department’s investments in autonomy, power and advanced energy companies and advises the development of strategies to identify the technology needs of the Department of the Defense.

Previously, Greg worked with the National Security Innovation Network (NSIN), within DoD, where he founded the portfolio that brings early-stage startups, venture capital, and the defense industry together to solve some of the most pressing strategic problems for the Department of Defense. He led Small Business Innovative Research (SBIR) contracting efforts that enabled dozens of technology startups to get on contract with the U.S. Government for the first time. Additionally, he spearheaded startup pitch events and partnerships with the TechStars and Mass Challenge accelerators, further facilitating and deepening the partnership between the technology industry and the Department of Defense.

Greg is a retired Air Force Colonel who served on both active duty and in the National Guard. He is a Command Pilot with over 3,500 flight hours and 60+ combat and combat support missions in the Middle East and Balkans. Mr. Coleman was a Squadron Commander, worked in the Office of the Secretary of Defense, and commanded one of the first missions in support of the 2005 national response to Hurricane Katrina.

He also serves on several boards, including the Montgomery County Chamber of Commerce, The Stone Ridge School of the Sacred Heart, and Leadership Montgomery. He is also a former youth soccer and basketball coach.

Greg earned a Master of Business Administration in Finance from The Wharton School of the University of Pennsylvania and also holds a Bachelor of Science in Electrical Engineering from the United States Air Force Academy. 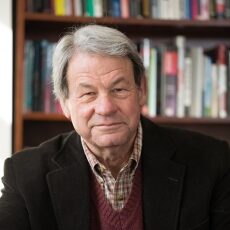 A journalist for more than 50 years Steven V. (Steve) Roberts has covered some of the major events of his time including the antiwar movement and student revolts of the 60s and 70s, President Reagan’s historic trip to Moscow in 1988, and thirteen presidential election campaigns. His 25-year career with the Times included assignments as bureau chief in Los Angeles and Athens, and as Congressional and White House correspondent. He was a senior writer at U.S. News for seven years, specializing in national politics and foreign policy. As a broadcaster, Mr. Roberts is the chief political analyst for the ABC radio network. As a teacher, he lectures widely on American politics and the role of the news media. Since 1997, he has been the Shapiro Professor of Media and Public Affairs at the George Washington University, where he has taught for the last 30 years.  He and his late wife, Cokie, wrote several books together including the New York Times bestseller From This Day Forward. His eighth book, COKIE: A Live Well Lived, was published in 2021. Steve also currently serves on the Strategic Planning Committee for Montgomery College. Read more about Steve.